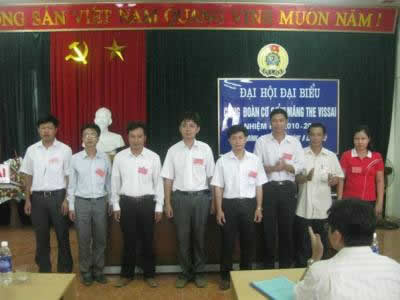 The Congress listened to the summary report of term 2007-2010 presented by Mr. Nguyen Van Can, Union President and presentations from attendants on the pros and cons of the Union term 2007-2010 as well as directions and tasks for the term 2010-2012.