On the morning of 07 February 2014 (the eighth day of Lunar Year), the delegation of the Provincial Party Committee, Ha Nam Provincial People’s Council and People’s Committee paid a visit and made Happy New Year wishes to all the cadres and staffs of The Vissai Cement Plants (The Vissai Ha Nam Joint Stock company).

Leading the delegation was Mr. Tran Xuan Loc, Provincial Committee Secretary, Chairman of the Provincial People Council who paid a visit and made happy New Year wishes to all the cadres and staffs of The Vissai 2 Cement Plant. 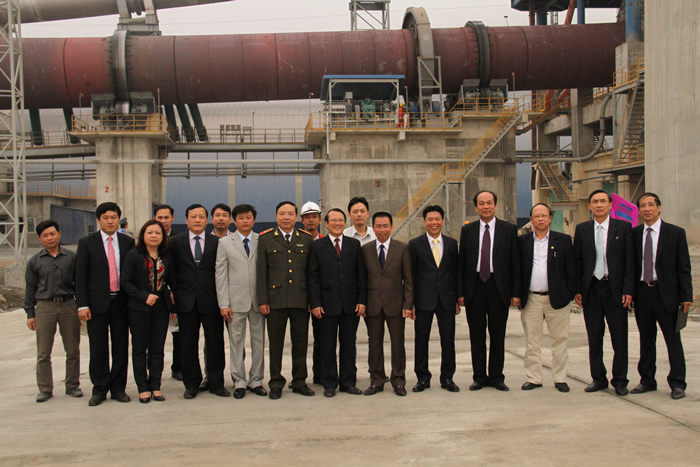 At the visit, Mr. Dinh Quoc Quyen, the Group’s General Director represented leaders of The Vissai 2 Plant to summarize the results of the production task in 2013 and the focus work on Lunar New Year Giap Ngo 2014, also confirmed that The Vissai 2 Cement Plant’s cadres and staffs had been prepared both physically and mentally to fulfill the tasks set by the Group. 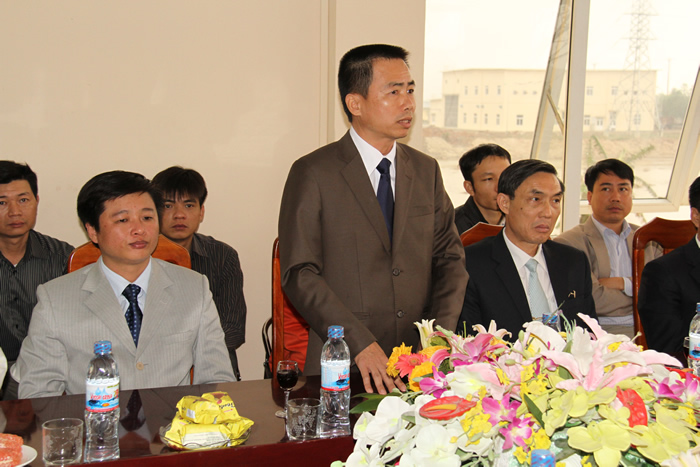 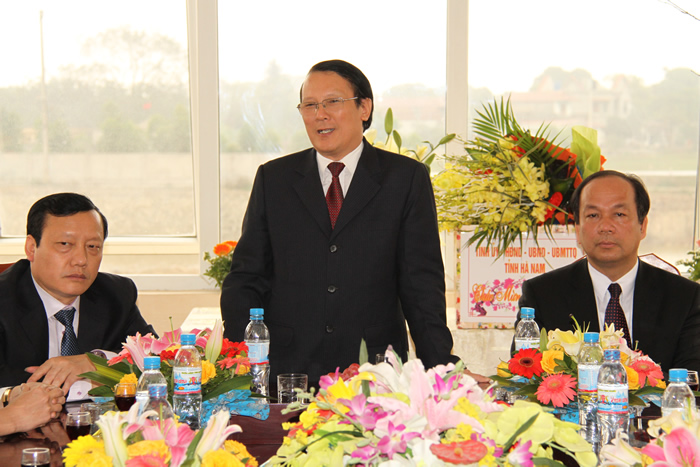 On behalf of the delegation, Mr. Tran Xuan Loc congratulated on the Company’s achievements in the past year, emphasizing its contributions and efforts to the provincial growth and stability. He asked the company in the future and especially during Tet holiday to continue to promote synergy, enhance the sense of responsibility, overcome difficulties, stabilize labor and production  as well as ensure social security on locality… 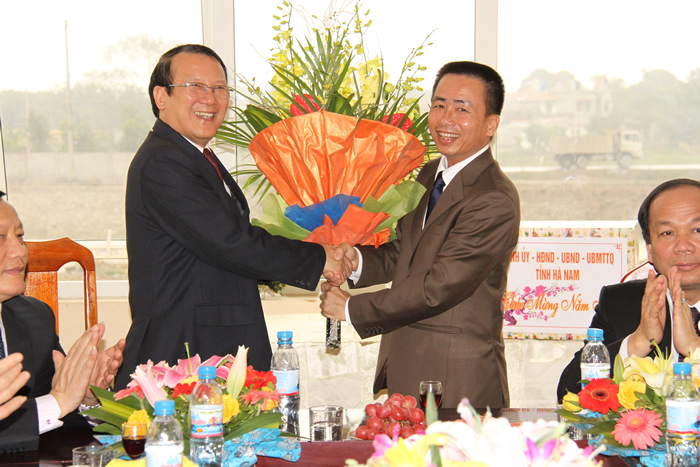 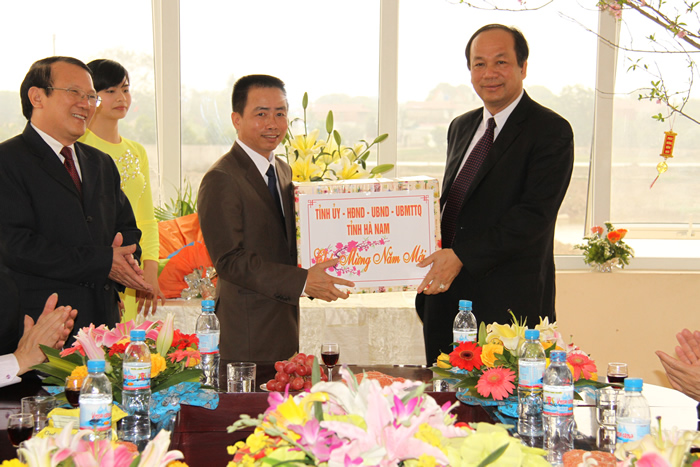 On this occasion, leaders of the provincial Party Committee, People’s Council and People’s Committee gave gifts to congratulate on the Company./.