Under the chairmanship of the Group General Director – Nguyen Ngoc Oanh, on January 09th 2014, the leaders of The Vissai cement group held the regular meeting to evaluate the economic – social development status in December and 2013 and deploy the tasks of January and 2014. 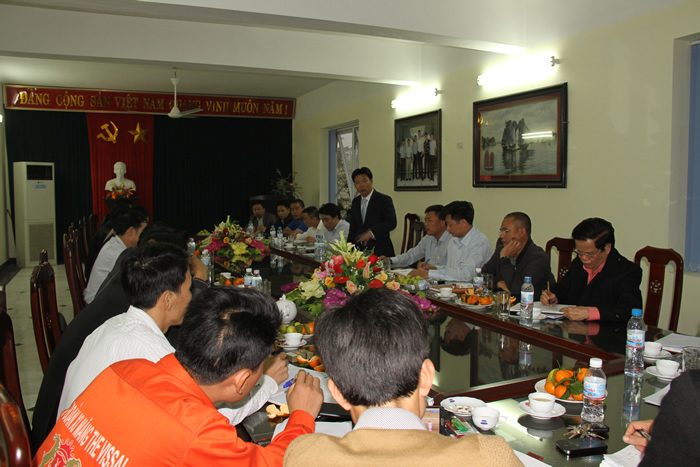 As report of 2013, the world economic situation was very difficult, source of equipment supplies was scarce, the cement consumption was not better and especially, many new cement plants were built, which created more fierce competitive environment and caused negative impact on the business of the Group in the past year.

However, the production – business status of the Vissai in 2013 has remained stable development, most of the targets were reached and exceeded compared with the assigned plan, and product quality has been increasingly high. The consumption output in the domestic market and exports has been highly grown, the task of environmental protection, production safety assurance and taking care of living conditions for officers and staffs were very well done. 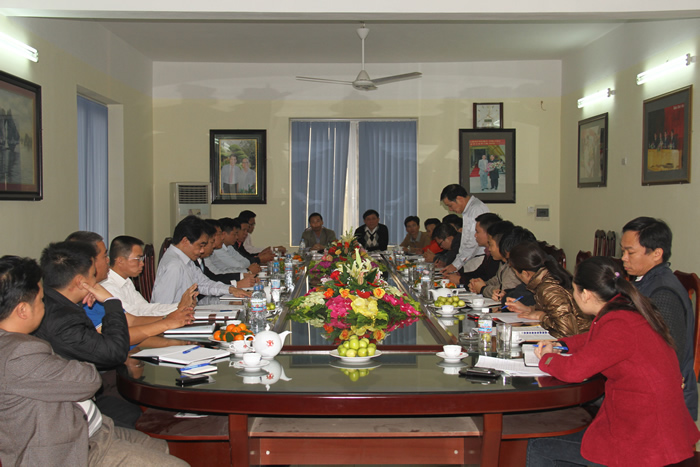 Addressing the task done in January and in 2014, Mr. Nguyen Ngoc Oanh required the preparation for Tet Giap Ngo not to affect the business, guarantee the bonuses and gifts to officials and staffs. About the task in 2014, requiring the company leaders, departments, workshops… to implement the production in compliance with the given targets.