On the evening of 28 August 2011, at the Provincial Martyrs Cemetery, Ninh Binh Provincial Buddhism Association held a dignified solemn requiem and commemoration of the heroic martyrs of Ninh Binh province. 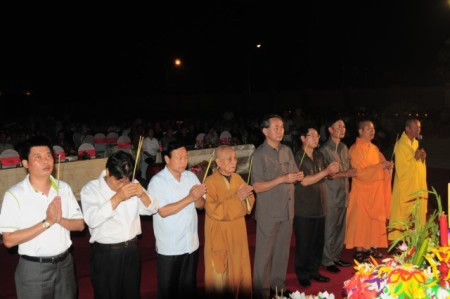 Nearly one thousand of Buddhists and people, relatives of the martyrs attended the ceremony.

It is known that the commemoration costs were sponsored by The Vissai Cement Group.

Entrance and Inauguration Ceremony of the new school building with a value of VND 38 billion at Kim Lien High School, Nam Dan, Nghe An – The gifts from The Vissai Group