The ambassador said that he himself and the Palestinian people admire Vietnam. Vietnam and Palestine have special relationships that is pure, faithful in all fields of economics, politics, culture, science… and there are similarities in the struggle for independence… 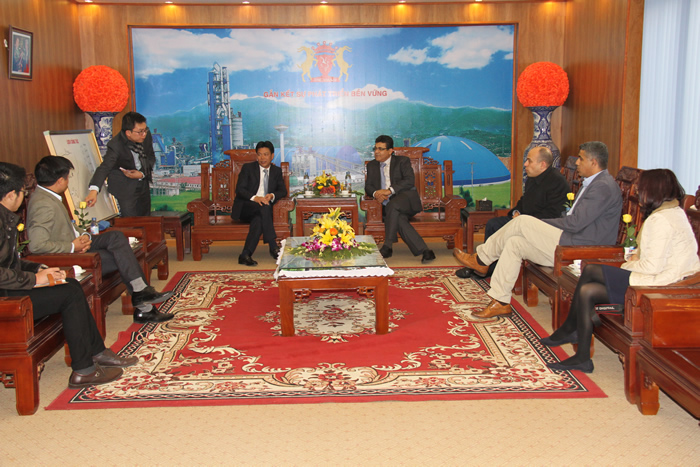 Talking to the Ambassador, Mr. Nguyen Ngoc Oanh, said that Vietnam had always considered the Palestine as a symbol of bravery, the struggle for independence and have similarities as Vietnam.

The Vissai is one of Vietnam’s leading group in the field of cement production with the current total capacity of of 7.9 million tons / year. At present, clinker cement product of Vissai has been present in many countries in the world, especially the demanding European market.

The Vissai not only produce high quality cement, clinker but also has a system of vessel, seaport and own transport company, so, it can be meet many large orders at the same time. With the existing relationship, there are similarities, The Vissai hopes that relationship will grow more deeply and widely not only on the field of politics but also economy between Vietnam and Palestine in general and between the Palestinian Enterprises and The Vissai in particular.