Microsoft has released a report saying that 1/3 of the computers in Vietnam have been infected with Trojan, worms and viruses, but BKAV has denied this. 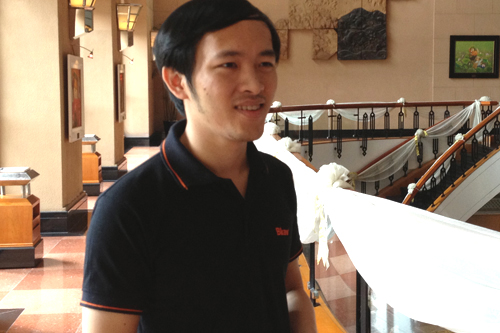 The figure was released at the workshop on the report about the global information safety survey held by the Ministry of Information and Communication and Microsoft on November 22, 2013.

The representative said at the workshop that the 36.6 percent of the computers in Vietnam encountered malware in the second quarter, much higher than the average 17 percent of the world.

However, Vietnam’s CCM (computer cleaned by mille) rate, or the number of computers cleaned for every 1,000 executions of MSRT (Microsoft Software Removal Tool), in the second quarter was 18.9, or triple the average level in the world (5.8).

The report also pointed out that the most popular malware in Vietnam was mixed Trojan, which was found in 21.2 percent of the checked computers. The second popular one was Worm (19.7 percent) and the third was virus (12.8 percent).

Mark McIntyre, a security expert of Microsoft, informed at the workshop that since April 8, 2013, Microsoft officially stopped providing support to Windows XP. The advice he gave was that users should download the Windows XP patch versions and anti-virus software (free or charged) to protect their computers.

The patches can also be downloaded for unlicensed Windows XP. According to the expert, a lot of Vietnamese don’t update the patch version for fear that the running software would be neutralized. However, this is an important reason explaining why malicious codes still have been spread out in Vietnam, even though Microsoft has provided the patches to fix the problems.

The high percentage of the malware infected computers has raised a question about the role and quality of the anti-virus software products made by BKAV, which has been dominating the domestic market.

When asked about this, BKAV’s Deputy Chair Vu Ngoc Son noted that the announcement about the high percentage of infected computers is just a marketing method followed by Microsoft.

The US giant may say in every country it comes to that the number of computers infected with malware in the countries is very high or alarmingly high.

With the purpose of boost software sale, Microsoft always talks about the virus infection and sends a message that the users of pirated software can easily get infected with viruses.

Microsoft once released a report saying that 38 hardware units of the 41 computers bought in Vietnam were found as infected with malware.

However, Son said Microsoft did not talk about the way it conducted the survey and where it bought computers from.