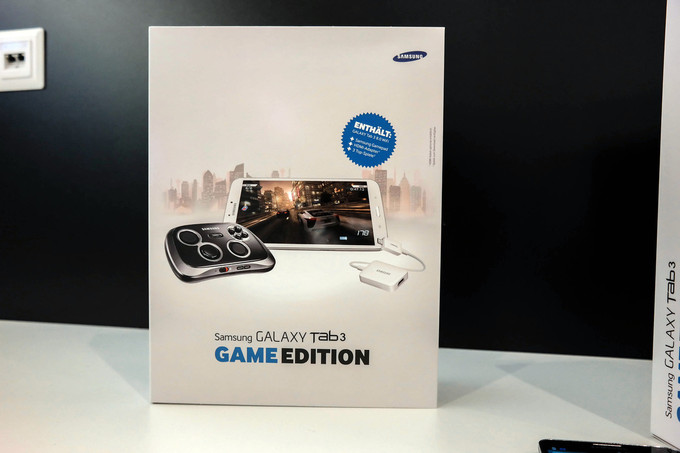 From the looks of it, Samsung is ready to launch a product bundle tailored with gamers in mind. It is focused around the company’s Galaxy Tab 3 8-inch tablet and the GamePad game controller which Samsung unveiled just days ago. You won’t be required to attach the tablet to the controller, however – it would be too large to fit anyway. Instead, there will be an HDMI adapted thrown in the set as well, allowing you to hook up the 8-inch Samsung Galaxy Tab 3 to a TV. Three premium games will also be included in the bundle, although what titles have been chosen isn’t clear.
Pricing for the Samsung Galaxy Tab 3 Game Edition hasn’t been specified. Details regarding the bundle’s launch date and market availability aren’t clear either, but since the retail box above appears destined for Germany, we can safely assume that the Game Edition Tab 3 will be sold in parts of Europe.
source: All About Samsung (Translated) via All About Phones (Translated)