VietNamNet Bridge – Policy makers needed seven years long to prepare for the establishment of international universities in Vietnam. However, the two operational schools still have been meeting big difficulties. 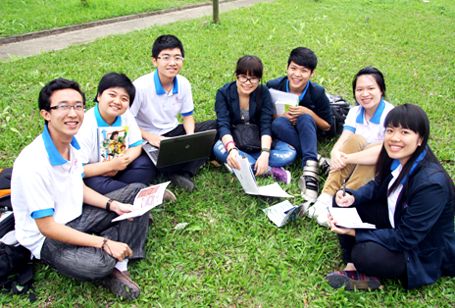 Two international universities – the Hanoi University of Science and Technology (USTH) and the Vietnam – Germany University in HCM City (VGU), have been set up in Vietnam. These are two of the four schools of excellence planned to be opened in 2006-2013 in Hanoi, HCM City, Da Nang and Can Tho.

This is the first step taken by Vietnam to implement the ambitious plan of having universities with international stature.

The State would spend money to build the four schools, estimated at $400 million, which would be sourced from the loans from the World Bank (WB) and Asian Development Bank (ADB).

The four are state owned non-profit schools, which strive to have international standards by 2020.

The policy makers also decided that at least one of the four would be listed among the world’s 200 leading universities.

USTH, as a “special” school, has been given the right to enroll students itself. This means that the students did not have to attend the national university entrance exams to be able to register the study there.

However, though having the “big power,” the school still finds it difficult to enroll students. In 2010-2011, USTH enrolled 20 students for university education in two training majors and 40 postgraduates. 171 students were enrolled for the 2011-2012.

Official statistics showed that the first students of the universities only had the exam marks higher by a little more than the floor marks set by the Ministry of Education and Training, which means that they just met the minimum requirements to be eligible for studying at any school in Vietnam.

Professor Ngo Viet Trung, former Head of the Mathematics Institute, said it is difficult to enroll good students for international universities because of the high tuitions.

A report of the National Assembly’s Committee for Culture, Education, the Youth and Children released recently, showed that the international schools are meeting big challenges.

The schools have been providing training for some years, but they still don’t have adequate material facilities. The schools’ students and lecturers still have to work in borrowed or leased classrooms, laboratories and libraries.

Professor Dao Trong Thi, Chair of the committee, pointed out that there are problems in the management and coordination capability of the projects’ management units. The officers cannot spend all their time on the projects, because they have to fulfill other duties as well.

Also according to Thi, it is very difficult to find qualified teaching staff due to the high requirements on the professional capability and foreign language skills, and the limited salaries offered to lecturers.